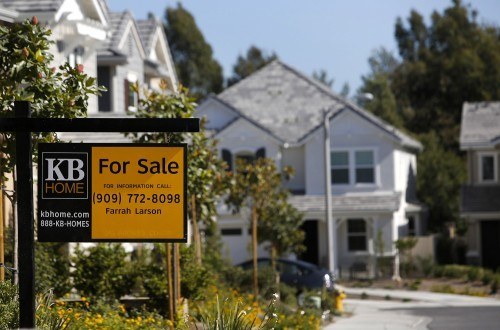 Which offers a better deal on your home loan?

JOHANNESBURG – It was always going to be a love-hate relationship. Love, because banks gained instant access to loan-hungry consumers, and hate, because their competitors did too. Either way, bond originators have grown in importance and now account for half of all new home loan applications in the market.

Formed in 1999 and one of the country’s oldest bond originators, ooba is responsible for 20% of all new home loan applications in the market. More than 70% of the applications it processes are approved.

“Customers who apply for a bond through an originator have a much higher conversion rate than those who go directly through banks,” comments Shaun Rademeyer CEO of ooba rival, BetterLife.

BetterLife accounts for 25% of all new home loan applications in the market. According to Rademeyer, the multiple-quote model enables originators to drive down interest rates paid by customers.

“We are able to negotiate interest rates with banks depending on what other banks have offered,” explains Justin Easthorpe, regional sales manager at ooba. “Banks are also aware that where an originator submits an application, other banks are competing for that business.”

Head of home loans at Standard Bank, Steven Barker, however, disagrees. “There is no differentiation between our pricing and irrespective of the channel, applications are priced on their individual merit,” he tells Moneyweb.

Ewald Kellerman, head of customer interaction at Absa Home Loans counters that bond originators have a “proven track record of increasing the likelihood of obtaining an approval, and negotiating lower interest rates for their customers”.

He adds, however, that where customers approach their banks directly, the lower acquisition cost is passed on to the customer and since your own bank understands your financial history, it can often “put the best deal on the table without the need for shopping around”.

Rademeyer notes that where around 50% of applicants are declined upfront for a home loan by their bank, 30% of those applicants will be approved by another bank. “This may be as a result of differing risk profiles or credit appetites, or simply because the customer’s own bank is overexposed in a particular area or sectional title development and doesn’t want to expose itself further,” he explains.

Rademeyer argues that the benefit derived from gaining access to a host of new potential customers without massive advertising spend, far outweighs the costs of using a bond originator.

Kellerman confirms that bond originators submit a far larger proportion of customers who do not hold an existing relationship with Absa than the proportion received via internal channels. He notes that commission levels have reduced significantly since the early 2000s, when bond origination started picking up in South Africa. “Mortgage originators have played a great role in shaping the property industry we know today,” he says.

RE/MAX of Southern Africa CEO, Adrian Goslett, says originators are able to match buyers with the bank that suits their profile. “In many cases, the originator can help secure a better interest rate or a higher loan-to-value and will do so based on the client’s needs,” Goslett, whose mortgage originator partner is BetterLife, explains.

“If you have a good relationship with your banker who delivers quality service and will get you the best deal, then going direct may be of benefit to you,” he adds, but suggests that customers have nothing to lose by shopping around.

Jean Rodgerson, manager of the RE/MAX Grahamstown branch says bond originators pay personal attention to agents, buyers and sellers and can give daily feedback on the status of a loan application, which is something banks seldom do.

Estate agencies, most of which have partnered with bond originators, are incentivised to direct business to them. Under its BetterRewards programme, BetterLife gives its estate agents points for every bond they secure, which can be spent on travel, entertainment and consumer goods.

ooba-linked estate agents can increase their chances of winning in a lucky draw each month based on a loyalty calculator under the oobawinners programme.

A hellopeter.com search reveals that out of a sample of 120 customer comments on the BetterLife Group, which includes products other than bond origination, there are only 23 complaints (some relating to apparently unauthorised debit orders on insurance products) and 11 complaints-turned-compliments.

Ooba has only 39 records on hellopeter.com, of which just six are compliments. Most complaints appear to be service-related and it has eight complaints-turned-compliments.

Since most South Africans won’t buy multiple homes in their lifetime, these comments are likely based on only one positive or poor experience. This may be why banks fare far worse on hellopeter.com than both companies combined.