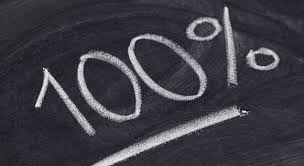 There can be no doubt that getting a home loan is a tough business. The banks are driven by both National Credit act (NCA) demands to ensure that their lending is ‘responsible’ as well as shareholder demands that losses from non-performing loans are minimized. It follows, therefore, that if an applicant does not meet the bank’s laid down criteria, the loan is declined. End of discussion.

At Silent Partners, our years of banking experience are continually put to the test by difficult loan applications. We do not accept a ‘decline’ from a bank without a fight. Our customers are our number one priority, and our brand reputation rests on the results that we deliver. All too often, the rigid processes applied by banks results in good applications being rejected because of inflexibility and a belief that the ‘system’ is never wrong. Well, we are upsetting this apple cart. It’s easy to tell a customer that ‘the bank has declined your application’, and then move on to the next application which may be more successful, but we don’t think like that. In fact, we can’t sleep at night if there is an application that is not getting a good response at the banks. So, we fight tooth and nail for every customer.

In February this year, Personal Finance gave some stats on how many home loan applications actually get approved. Only one in three applications were approved, they said was general norm.  The article went on to say that Betterlife Home Loans, South Africa’s biggest independent mortgage originator, achieved an average 72% approval rate. Well, we are proud to say that Silent Partners boasts an average 86% approval rate since we started our business and we currently have an unbeatable 100% approval rate so far during 2017.

So, if you are looking to get that home loan approved, you have three choices. You could go to your bank and ask them nicely. That’s one way to make sure that you are not going to get the most competitive response.  Alternatively, you could use a Mortgage Originator who will submit your application to multiple banks and feedback multiple bank decisions to you. At least your chances of success are improved somewhat.

The last choice is to get hold of Silent Partners, and know that we will fight every step of the way for you, at multiple banks, because a 100% average approval rate as important to us as it is to you.