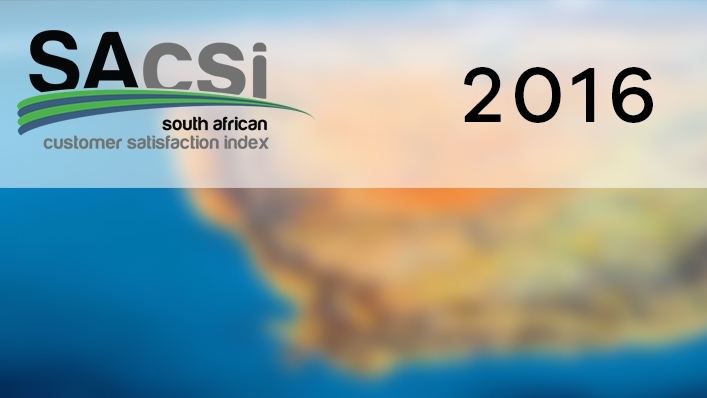 … and so it’s interesting to see how the 2016 results looked.

The latest South African Customer Satisfaction Index (SAcsi) for Retail Banks, conducted by independent company Consulta, indicates that South African banking customers are the most satisfied with Capitec Bank, despite its score declining for the first time in four years. [March 2016]

Now in its fifth year, the SAcsi Benchmark for Retail Banks offers impartial insights into the South African retail banking industry by blending a Customer Expectations Index, Perceived Quality Index and a Perceived Value Index to achieve an overall result out of 100. South Africa’s top five retail banks are included in the industry index, namely Absa, Capitec, FNB, Nedbank and Standard Bank. The sample is one of the largest of all SAcsi industries included with 17 483 banking customers who were randomly selected for inclusion in the 2016 survey.

“In the banking industry, we have empirical evidence that customer experience drives customer satisfaction rather than product innovation. Thanks to the ease of banking and simplicity of services, Capitec and FNB both performed strongly in this area,” says Consulta CEO, Professor Adré Schreuder.

“FNB showed the highest improvement and is now within reach of Capitec, with Nedbank still in the race. The intensity in competing for customers’ hearts and minds is fierce since only two banks have managed to improve their scores this year, namely FNB and Nedbank. Despite the Barclays announcement, Absa showed resilience in maintaining its score at the same level as 2015.”

When considering customer satisfaction, Capitec and FNB fare extremely well when compared with banks in other markets. When compared with the 14 American banksincluded in the American Customer Satisfaction Index (ACSI), Capitec was in first position overall, and FNB in fourth position overall. Absa and Standard Bank were in eighteenth and nineteenth positions overall.

“There is a clear differentiation in customer experience in the banking industry compared to other industries surveyed by the SAcsi. Companies in most other industries tend to achieve scores that are much closer to one another,” says Schreuder.

Overall customer industry loyalty has decreased in the last three years from 71.3 in 2014, 70.2 in 2015 to 68.7 in the latest 2016 Benchmark. However, in that same period, Capitec has enjoyed steadily increasing customer loyalty while FNB has recovered from 2015’s downturn in customer loyalty. Both scoring 75.3 in this survey, Capitec and FNB have the most loyal customers while Standard Bank, scoring 63.1, has the least loyal customers.

“Low loyalty scores should be an area of great concern, particularly as brands such as FNB and Capitec market themselves on the ease of switching to their banks,” says Schreuder.

A very popular metric for banks is the Net Promoter Score (NPS), which measures the likelihood that customers will recommend a bank to their family and friends (promoters) compared to customers who would actively discourage a relationship with a bank (detractors).

Capitec achieved the highest NPS of 53%, which is 28% higher than the industry average. FNB has the next highest score of 47%, while Nedbank’s score of 26% is just one point higher than average. Absa scored 13% and Standard Bank 7%.

FNB and Nedbank are the only two banks with an increased NPS in this year’s survey. The industry average declined slightly to 25%.

Reflecting preparation for pending regulatory changes, the five banks are measured against the Treating Customer Fairly (TCF) code, elements of which are already included in legislation such as the FAIS Act General Code

The score measures how well financial services providers have incorporated TCF outcomes into their brand culture. For the last five years, the SAcsi has shown a significant statistical correlation in perceived fairness and customer satisfaction.Expected to come into effect in May 2017, TCF is a regulatory framework intended to improve market conduct in financial services.

Again, Capitec was the highest performer on this metric, with a TCF score of 85.5 compared to an industry average score of 78.6.

“At the end of the day customers want a bank that meets their expectations, delivers on its promises and provides great customer experience,” concludes Schreuder.