How the rate cut will affect you. 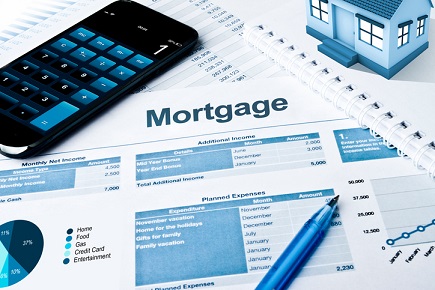 As was widely expected, the Reserve Bank decided this week to cut interest rates by 0,25 percentage points, amid indications that international oil prices could fall further and that slowing global growth could prompt a round of rate cuts by most major central banks.

This decision takes the repo rate to 6,5% and the prime lending rate to 10% and will translate, for existing homeowners, into a saving of R16 a month per R100 000 borrowed. On a R1m loan, for example, the saving would be R166 a month and potentially almost R40 000 over R20 years. (see table below for more)

The change also means that first-time borrowers will now find it easier to qualify for a loan – with the gross household income requirement for a R1m loan falling from R33 000 a month to R32 000 a month. Equally importantly, it will lower monthly bond repayments and make home ownership more affordable at a time when household budgets are under severe pressure.

The Reserve Bank’s decision follows news that international oil prices are likely to fall thanks to the US declaring bigger reserves than expected and the prospect of a settlement between the US and Iran. This lowers the risk of a significant rise in local inflation. Meanwhile, China’s economic growth rate has fallen to the lowest level in 27 years and other Asian economies are also struggling, with the result that rates have already been lowered in Korea and Indonesia. In addition, the Federal Reserve is expected to lower rates in the US this month, and the European Central Bank recently announced that it is unlikely to raise its borrowing rate from the current 0% until late 2020 at the earliest. This creates leeway for the Reserve Bank to lower SA rates without the country becoming unattractive to international investors, who are always looking for the best returns on their money.

Indeed, the latest available figures show that Foreign Direct Investment in SA grew by 446% last year and was also positive in the first quarter of this year.
More importantly, this week’s rate cuts should give the local economy and job creation a much-needed boost at a critical time, and bolster a fragile recent recovery in consumer confidence. This is vital for the real estate market, which runs on positive sentiment, and we hope for increase now in housing demand, which has been relatively flat for the past year.

Governor Lesetja Kganyago said on Thursday the Reserve Bank expected the economy to grow at a rate of 0,6% this year and 1,8% in 2020, after rebounding from its first quarter slump.

Get pre-qualified online, and free of charge. Go to https://silentpartners.co.za/new-bond-application/ to complete your pre-qualification details or your home loan application. One application does it all.