COVID-19: its impact on markets 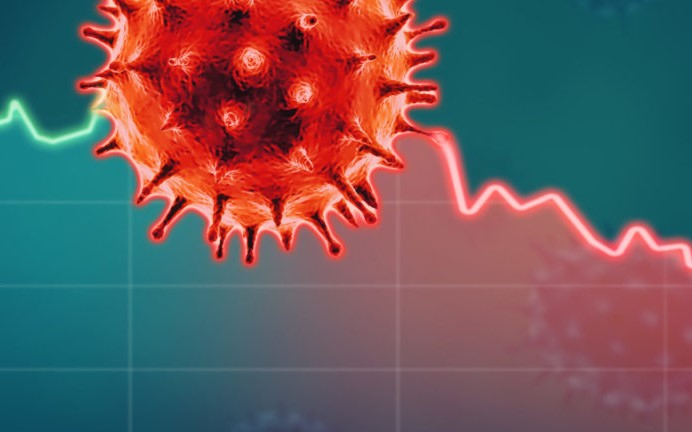 The novel coronavirus (COVID-19) has infected an average of 2 200 people per day globally since 20 January, resulting in the death of at least 3 825 people. As at 9 March, the number of confirmed cases worldwide stood at an estimated 110 041, although just over 61 000 of these people have subsequently recovered.

To put the COVID-19 infection rate into perspective, the total number of confirmed cases for the SARS virus in 2002/2003 was 8 096 (with an infection rate of around 790 people per day), killing approximately 770 people.

While COVID-19 is substantially more infectious than SARS, it is significantly less fatal, with a case fatality ratio of 3.5% (compared to 9.6% for SARS). The age profile of the deaths reveals that the older you are, the more vulnerable you are, with the death rate being as high as 14.8% for people over the age of 80 years. In addition to age, reports also show that patients with pre-existing medical conditions like cardiovascular disease and diabetes have a higher probability of dying.

More positively, 92 days after the first confirmed infection in mainland China (8 December 2019), it appears that the spread of the virus is now largely under control. While China still has the highest number of reported cases (80 735 people as at 9 March), the rate of new infection has slowed markedly from as many as 4 000 new infections per day (peaking on 13 February), down to less than 200 cases a day in the last six days. Furthermore, data from China shows that there seem to be more people who have recovered from the virus than remain infected. On 9 March, there were only 23 630 people still infected with the virus. This highlights that while the Chinese authorities were fairly draconian in how they contained the spread of the virus, including massive lockdowns and electronic surveillance measures, they appear to now be past the worst of the infection.

Worldwide contagion: Italy, a cause for concern

In particular, the rate of new infections in Italy is raising serious concerns. Currently, it is the only country that has had over 1 000 infections each day since 6 March. Given the high level of connectivity in Europe and the ease of travel in the region, we have seen a rapid rise in infections in other European countries. There is a risk that this may spread more broadly in Europe unless bolder measures are taken to contain the virus. This is illustrated by the recent spread of the virus in several African countries. The majority of the 44 cases reported in Africa originate from people who have travelled to Italy. In South Africa alone, all three confirmed cases originate from people who have recently travelled to Italy.

In addition, Italy has the highest number of deaths outside of mainland China, with a fatality ratio of 5.0% (as of 9 March, 366 people have died in Italy), substantially higher than the worldwide case fatality ratio. In contrast, while South Korea has a similar number of confirmed cases, there have only been 50 deaths. This relatively high fatality case ratio, we believe, is linked to the age distribution of the Italian population, where over 20% of the population is over 65 years, with a median age of 46 years.

The economic impact of COVID-19 can be broken down into three areas of concern.

There is also a significant concern about the lack of liquidity in international credit markets. This is reflected in a sharp widening of credit spreads as banks and investors adjust their risk assessment to take account of the deteriorating economic environment. A lack of access to affordable credit could severely damage key parts of the world economy as businesses conditions are heavily impacted by COVID-19. This was a key factor in the US Federal Reserve cutting interest rates by 50bps at an unscheduled FOMC meeting on 3 March.

Most recently, the international oil price (Brent crude) plunged from around $53/bl at the start of March to $36/bl on 9 March, a drop of just over 30%. The sharp decline in the oil price can be ascribed to the breakdown of talks between OPEC and Russia regarding the need to cut oil production in order to support the oil prices, as well as Saudi Arabia’s response to this breakdown in discussions by indicating that they would increase output. However, the economic disruptions caused by COVID-19 has led to a sharp fall-off in oil demand, undermining the oil price in recent weeks.

The sharp fall-off in the oil price, combined with the continued spread of the virus internationally and the systematic downward revisions to global growth estimates, has started to more significantly undermine emerging markets, including foreign capital flows. Consequently, during the past couple of days, the rand has weakened to over R16/$, which is a decline of almost 13% since the beginning of the year.

The combination of a supply-side, demand-side and financial market shock is rapidly undermining business, household and investor confidence around the world. Unsurprisingly, most economists, including us, are in the process of revising their GDP growth estimates lower, while at the same time trying to gauge the spread of the virus. It is not the virus itself that is undermining the world economy, but rather the measures that are needed to contain and control the spread of the virus.

At this stage, we are expecting that China’s GDP will have declined quarter-on-quarter in Q1 2020, but that there should be some pick-up in activity in Q2 2020 as more businesses resume production and travel restrictions within the country start to be lifted. In contrast, there is a growing concern about how rapidly the virus is spreading within Europe. A significant part of Italy is facing significant travel restrictions, while Germany, France, Spain and the UK have all seen sharp increases in the number of cases of over the past week. Given that the economy of Europe is similar in size to China and is also very open to international trade, the impact on the world economy of a marked slowdown in European economic activity is likely to be very meaningful over the coming weeks and months.

The United States, which remains the world’s largest economy, has seen their number of infections rise from 66 at the end of February to 554 on 9 March. A sharp and uncontrolled increase in the number of COVID-19 cases in the United States that leads to widespread travel restrictions and the closure of many businesses would clearly push the world economy into recession. Consequently, the spread of the virus in Europe and the United States is being watched very carefully.

Lastly, data on the spread of the virus, the assessment of its economic impact and its effect on global financial markets are evolving daily. We have already revised our global growth estimates meaningfully lower, including a revision of South Africa’s GDP growth for 2020 from 0.8% to just less than 0.5%, but clearly the risks are to the downside. We will continue to monitor the situation daily, providing regular updates as circumstances change.

From an investment and portfolio management perspective, the spread of COVID-19 and its impact on financial markets is concerning, especially the decline in global equity markets. While the situation is introducing significant uncertainty and volatility, investors should not panic. Our investment team is constantly assessing market conditions and updating their thinking to adjust portfolio positioning accordingly.