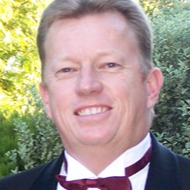 Brian learned basic banking in Nedbank, starting at the very bottom. Over five years he gained experience in Forex, Investments, Advances and many other areas, and was regularly transferred to new branches, gaining experience in both the commercial/industrial areas as well as in the the residential areas serving high net-worth clients. He subsequently moved to The French Bank of SA Ltd, focusing on international trade finance, and was regularly promoted, filling positions such as Branch Accountant, Assistant Manager and acting Regional Manager. For the last 23 years of his banking career, Brian served in the Standard Bank of SA, initially as an Account Manager in Commercial Vehicle and Asset Finance (Stannic Commercial and Standard Bank VAF), and then later as Business Unit Manager, and Regional Manager:Corporate Banking (Eastern & Western Cape).

Brian’s skills lie in problem-solving, creativity, and dogged determination. He has won many performance related awards, including the coveted overseas trip for business performance. He has also been placed first nationally for individual customer service.

Brian is married and has two adult sons. In his spare time, he is a lifelong student and teacher of karate, and a performing musician.